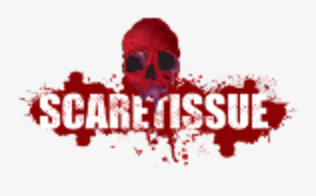 LOS ANGELES, CA (July 3rd, 2017) – Terror Films has set Friday, July 7th as the worldwide release date for Night of Something Strange. Fangoria has praised the film. Fangoria said of the film’s quality: “disgusting, transgressive, and absolutely bonkers, Jonathan Straiton’s, Night of Something Strange will be the most jaw-dropping horror offering you’ll see all year.”  This disturbing film releases this week!

The story follows five teenage friends. They set out for the beach on their spring break vacation. Their good times are cut short when one of the group, Carrie (Toni Ann Gambale), contracts an STD at a gas station bathroom.  The friends get detoured to an isolated motel in a small town. Here, the STD turns out to be something that can’t be treated by a shot of penicillin and it begins turning those infected into the living dead.

The film has played at multiple festivals and it has won several awards. Night of Something Strange showed at the Fangoria Chainsaw Awards (2017). Here, it was nominated for “Best Makeup & SFX.” The film also showed at the Phoenix International Horror. At the Sci-Fi Film Festival (2016), Night of Something Strange won “Best Horror Feature.” At the HorrorHound Weekend Film Festival (2016), it won “Best Special Effects – Feature “ and it was nominated for: “Best Feature,” “Best Director” and “Best Actress.” At the Crimson Screen Horror Film Fest (2016), it won a “Jury Award,” “Best Special Effects” and “Best Actor.” The film was also nominated for: “Best Feature,” “Best Director,” “Best Produced Screenplay –Feature,” “Best Actor,” “Best Actress” and “Best Special Effects,” at this film festival. The film has been recognized across North America.