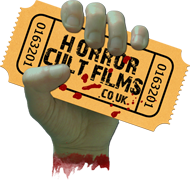 What is it all about?

It’s been eight years since the opening night tragedy of Hell House, LLC and still many unanswered questions remain. Thanks to an anonymous tip, investigative journalist Jessica Fox is convinced that key evidence is hidden inside the abandoned Abaddon Hotel-evidence that will shed light on the hotel’s mysteries. She assembles a team equally hungry for answers with one goal: break into the hotel and discover the truth.

When Heather, Josh and Mike took that long trek into the woods way back in 1999, the world of horror was changed forever.  The Blair Witch Project was not the first ever Found Footage horror, you can look back to the likes of 80’s nasty classic Cannibal Holocaust as setting the example, while the underrated and much excellent The Last Broadcast actually came out a year before Blair, but much like Halloween was not the first example of a slasher, but started the slasher boom, the lost tapes of Heather created a wave of horror that still carries onto this day.

By the time I watched Hell House LLC in 2016, I had virtually given up on the whole of idea of stupid people running around dark corridors, doing stupid things when really they should be putting down the camera and doing something many people would do, like for example – stop filming.

But something strange happened.  The film actually freaked me out.  I went in unprepared at what director Stephen Cognetti was offering.  Even in broad daylight, I gripped the side of my chair when that “Clown” and that basement...