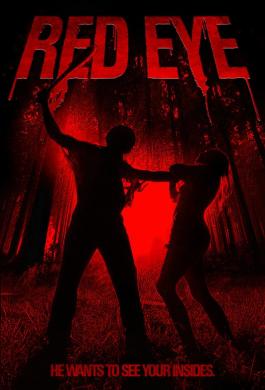 NOW AVAILABLE ON THE FOLLOWING PLATFORMS:

Tristan Clay's twisted tale is based around “The Legend of Red Eye”, a folk-tale about a violent, deranged masked murderer who dwells in the backwoods of Black Creek, West Virginia. When Gage Barker, a young man who grew up on the tales of Red Eye as a kid, learns that there could be some truth behind the stories, he decides to film a documentary about the killer. With a group of his friends and camera equipment in tow, they hike into the woods to either seek him out or prove he’s nothing more than a myth.

*** The film is not for those with a weak stomach and contains some graphic and violent scenes - so much so that Terror Films had to request the filmmaker remove at least one moment in the story or risk having the film rejected by the major platforms.***