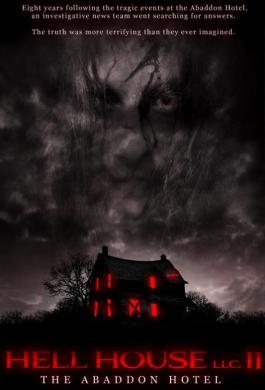 SYNOPSIS: The sequel picks up eight years since the opening night tragedy of HELL HOUSE LLC and still many unanswered questions remain. Thanks to an anonymous tip, an investigative journalist is convinced that key evidence is hidden inside the abandoned Abaddon Hotel - evidence that will shed light on the hotel's mysteries and many unsolved deaths and disappearances.

She assembles a team to break into the hotel in hopes of discovering the truth. But the source of the tip and the secrets of the Abaddon Hotel are more horrifying than any of them could have imagined.

From writer/director Stephen Cognetti: “I made this film with the fans in mind in hopes that it would answer questions from the original while deepening the overall story."

AMC Networks’ SHUDDER is a premium streaming video service, super-serving fans of all degrees with the best selection in genre entertainment, covering thrillers, suspense, and horror. SHUDDER’s expanding library of film, TV series, and originals is available in the US, Canada, UK, Ireland, and Germany on most streaming devices for 4.99/month or 49.99/year. To experience SHUDDER commitment-free for 7 days, visit www.shudder.com.